Hinterlandt Presents: Through The Motions 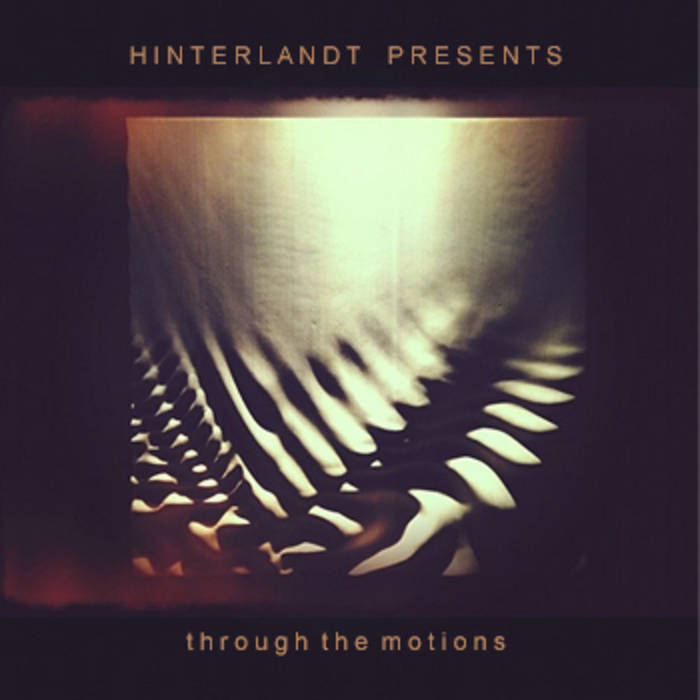 "Through the Motions" is a curated compilation evolving around the Hinterlandt track "Motion".

In September 2011, Hinterlandt asked fellow Australian artists Broken Chip, Puzahki, Afxjim, Lawrence English, Telafonica, Godswounds, Simo Soo, and Seaworthy to create their own music based on a handful of tiny sound snippets that were taken from the original Hinterlandt track.

The open briefing and limited source material led to a compilation that is fresh, surprising, and decidedly experimental in its nature. While glimpses of the original sounds peak through here and there, the results are as diverse as the artists themselves, covering a huge range of styles and genres.

From driving electronic beats via industrial drones and ambient sounds to psychedelic prog rock – "Through the Motions" is a pro-diversity statement showing what artistic creativity can achieve despite a common denominator.

Hinterlandt is deeply honoured by the results and would like to thank all artists involved as well as Feral Media for their efforts, their resourcefulness and their patience. Furthermore, thanks go out to Istanbul-based photographer Refik Anadol for the great cover image.

The original Hinterlandt track "Motion" is part of the album "Migration Motion Movement", released in September 2011 by Tenzenmen and Bird's Robe Records.

Source material taken from the track 'Motion' written and performed by Jochen Gutsch.

Tracks featured on this release written and produced by the respective artists.

We are an artist-run record label based in Melbourne and Sydney, Australia.

Bandcamp Daily  your guide to the world of Bandcamp